The Asotin County PUD will provide reliable quality water and superior service at a reasonable cost for all its customers.

The Asotin County PUD was formed by the people it serves, is directed by locally elected commissioners and will be operated for the benefit of our customers. We are committed to achieving the highest standards of service by providing innovative and progressive leadership and utilizing effective methods of operation and modern equipment.

The Asotin County PUD exists to serve it’s customers. We will strive to attain customer satisfaction by being courteous, fair, alert to our customers’ needs and easy to do business with.

The Asotin County PUD is an integral part of the community. We will strive to be effective advocates of community interests and encourage our employees to be active, involved citizens. We are dedicated to making our utility a source of community pride.

Employee and public safety is always our first concern. We will provide education, training, conditions and facilities that promote safety.

Our rates and fees shall be reasonable and shall be established to provide equity between each of the categories of customers.

The water system was originated by an irrigation district around 1896. The water system was then transferred to a land development company. The original source of water supply for Clarkston and the surrounding area was Asotin Creek, the headgate for the source, which is located 12 miles south of Clarkston. Water flowed by gravity to the Clarkston area through an open ditch (“Old Vineland Ditch”).

In the 1920’s, a small pumping station (Snake River Pump Station No.1) was installed to pump Snake River water to Pomeroy Gulch Reservoir. This pump station was installed because of frequent interruptions and breaks in the wooden transmission line from Asotin Creek. The water system’s properties were transferred through a number of ownerships until 1930 when the Washington Water Power Company (WWP) acquired them. At the time of takeover by WWP, the water system consisted of an intake, the Asotin Creek wood stave transmission line, the Pomeroy Gulch Reservoir (surface storage), Snake River Pump Station No. 1, and system distribution mains. In about 1931, WWP installed another pumping station on the Snake River about 2 miles south of the existing pump station. This became Snake River Pump Station No. 2. With few water system modifications, the demands placed on the system were adequately met until about 1948. 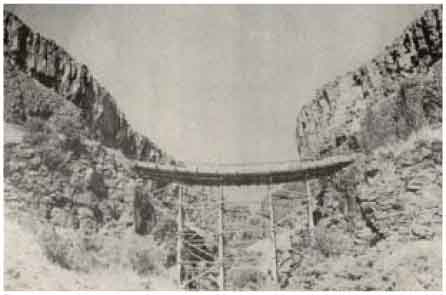 Through a series of events WWP was required to build a filtration plant due to the quality of water being transmitted from Asotin Creek. During 1951, a 3-million-gallon-per-day (mgd) water filtration plant was completed. The plant site was located just below the old Pomeroy Gulch Reservoir and served filtered water to the area within the city limits of Clarkston. At this time WWP relied on the Asotin Creek source, as well as the two pumping stations located on the Snake River. Two separate sources were providing irrigation water and domestic water. In the late 1950’s, WWP was required to also serve domestic water to those users outside the city limits.

Because of the demands placed on the domestic water system, WWP drilled Well No.1 during 1956 and placed it into service during 1957. During this time they also acquired an existing well (Well No. 2) and placed it into service in 1957. During 1958 WWP began exploring underground water as a supply source. WWP was then committed to developing a combination of well and river supply system for Clarkston and the surrounding area. Once this system was developed the Asotin Creek supply system was abandoned.

WWP completed a six-well system during 1961. A seventh well was added in 1977. In early 1983, the water system was purchased from WWP by General Waterworks Corporation (GWC). Clarkston General Water Supply, Inc. (CGWS), a wholly-owned subsidiary of GWC, was formed to operate the system.

In November of 1984, a public utility district was formed by the citizens of Asotin County. The PUD, which protested the cost of water service from CGWS, was created with the intended purpose of acquiring ownership of the water system through condemnation. After two years of court proceedings, Public Utility District No. 1 of Asotin County began operation in April of 1987. 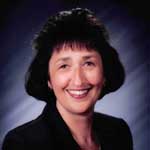 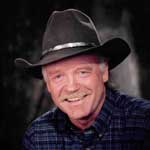 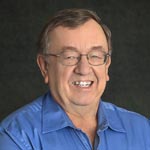 Office hours for Commissioners are 8:00 am to Noon, Monday through Friday.  Commissioners can be contacted by calling the PUD at 509-758-1010.

Director of Finance and Admin
bsischo@asotinpud.org

Entrance into the electrical business immediately qualified the PUD for low cost power from the Bonneville Power Administration. After several of years of negotiation, the PUD signed an agreement with Avista Utilities which provided for the transfer of energy from the Bonneville system over Avista lines to the PUD’s water production facilities.

This agreement has resulted in an average electrical savings of $100,000 per year based on past and current electrical rates. This energy savings translates into lower water rates for our customers.

In October of 2001 the PUD became the newest member of Energy Northwest, which operates the Columbia Generating Station Nuclear power plant and several other energy production facilities. This membership has given the PUD a voice in public power issues and will provide us another means in the future of securing low cost power for our water production facilities.

On several occasions Asotin County had approached the PUD about assumption of their sewer system. The County’s primary goal was to reduce costs to its customers. The County believed this was best achieved by the PUD operating the system since their sewer customers were also our water customers. The PUD agreed with the County’s position and started the process of assuming ownership of the Wastewater Collection System.

If you have any questions, please contact the General Manager at 509-758-1010 or at tsimpson@asotinpud.org